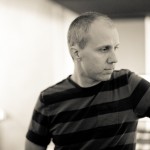 I am a musician, record producer, recording engineer, and owner of The Toy Box Studio. I have been playing music on various instruments and song writing since childhood. In 1990 I completed my BA in Architecture at Washington University in St Louis, and spent the next year backpacking around the world only to end up playing in a blues band in Hong Kong for 6 months. Returning to home I realized that my true passion through college had been music and bands (not architecture). So in 1991 I moved from Boston MA to Nashville TN to study at Middle Tennessee State University where I received a BS in Recording Engineering. After graduating I interned at Woodland Studios in East Nashville and then spent many years producing and engineering at Alex The Great studio. I also continued to produce independently in many studios locally and internationally while pursuing my passion for field recording of music and poetry across the country.